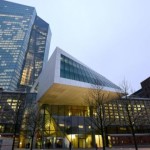 Are we sure what the Banking Union is? Hypertrophic regulation is what has ensued an ongoing financial crisis since it blew up in the face of market participants and watchdogs. When referring to the Banking Union we think of the founding rules upon which a unified apparatus ranging from capital requirements, reporting standards and compliance will be built at last. These founding rules are referred to as the CRD 4, BRR and the DGS “package”. While the former has been laid and rolled out with the material contribution of the Basel Committee – it actually is the so called Basel 3 accord – the latter ones have appeared only lately, at least to the public opinion.

The resolution of four Italian mid-sized commercial banks – that suffered badly when the financial crisis broke out – took the general public by surprise and brought about a hostile reaction to the so called “bail-in”. The “bail-in” is tool regulators now have to ensure that banks’ losses do not entail tax payers to suffer any other burden after many banks had to be bailed-out by direct or indirect government’s interventions to ensure the financial system did not seize up (altogether) – though not a cent was required by Italian banks as opposed to German banks that received up to 238 billion euros.

It seems that capital requirements, as well as other constraints, imposed on banks’ financial statements haven’t reassured the general public considering the abrupt turns markets have taken since the start of the year. So much for the Banking Union, in the view of who’s writing this short story: “bail-in” will probably need to reassessed, or at least phased-in in a gentler way.